Aside from Sherlock, I never quite connected with PBS’ current Sunday night line-up of British mini-series. While they’re all relatively good, for me  Downton Abbey has too much soap opera plotting, Call the Midwife has too many women screaming in agony, and Mr. Selfridge has too much Jeremy Piven. 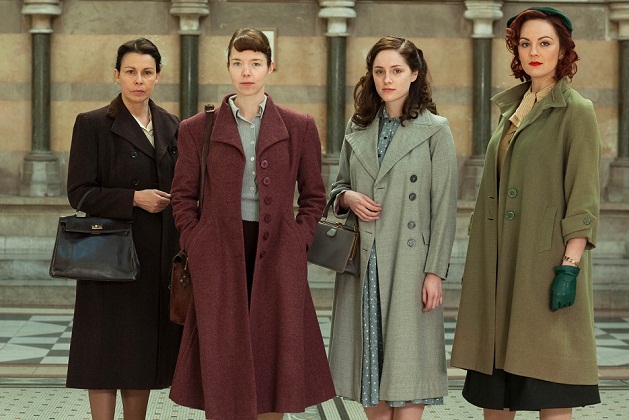 From left: Julie Graham as Jean, Anna Maxwell Martin as Susan, Sophie Rundle as Lucy and Rachael Stirling as Millie.

But with The Bletchley Circle, a trilogy about 4 former WWII codebreakers hunting down a mass murderer & rapist, I’ve finally found another show to love.  It’s beautiful to look at (the costume & set designers deliberately muted the color palette to create a somber, sepia-toned landscape), and well-acted. What’s most interesting for me, though, is the tension of watching women who saved lives during the war trying to fit back into the narrow roles available to them after the war ended. Available on Netflix Streaming. 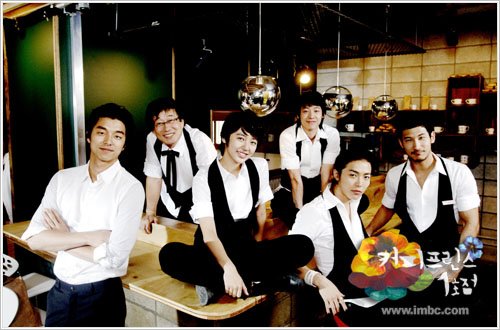 The 1st Shop of Coffee Prince (link takes you to streaming video excerpts): I’m totally into Korean TV dramas right now–first My Lovely Sam-Soon and now Coffee Prince. A super-short Coffee Prince plot summary: straight boy falls in love with a girl who he mistakes for a boy. Unbearable sexual tension ensues. It is awesome.

One of the joys and pitfalls of working at a bookstore is the proximity of tempting books and films. Four recent finds:

In Paris two years ago, I saw a Japanese film called Cha no Aji, or The Taste of Tea.  I went with my boyfriend at the time, and as the final credits started, I eagerly turned to him for his opinion (really, to confirm mine).  With a shell-shocked look, he said, “That was so weird.”

Suffice to say, it and Howl’s Moving Castle were my favorite films that trip.

Out of context, the clips below make the film look bizarre, which it is, but it’s also touching and lyrical.  Read reviews at the New York Times, The Village Voice, Midnight Eye, The Reeler, Slant Magazine, & NY Asian Film Festival for more about the movie.

1) In this clip, sound engineer Uncle Ayano (Tadanobu Asano) grudgingly helps the grandfather and another uncle with a pet project.  Asano, also in Ichi the Killer, is sometimes called the Japanese Johnny Depp.